The weekend of 16th & 17th September 2017 saw the first ever exchange between Foxton and Montigny. For this inaugural visit, 25 Foxtonnais visited host families in Montigny – and what a visit it was.

Our hosts could not have been more welcoming, and the Montigny committee prepared an amazing programme of events. Friday evening played host to an early-evening apéro with all the Foxton visitors and host families in attendance. The room was abuzz with excited conversation – a mixture of French and English – as new friendships were formed over a glass of wine. Dinner en famille rounded the evening off perfectly.

The committee had planned a visit to Rouen for Saturday morning – the city is only 10 minutes away by car and a traffic-free park and ride bus whisked us to the city centre. We toured in small groups, learning about the history of this mediaeval city – and finished with a coffee in a local café. 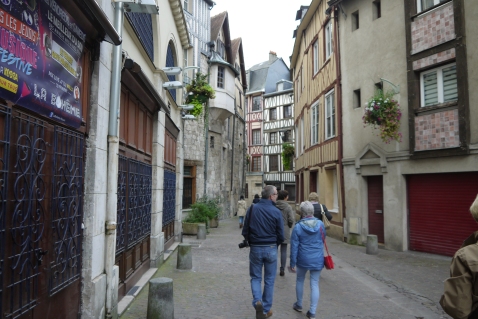 In the afternoon, the group converged on Château Mesnil Geoffroy in Ermenouville. We had a guided tour and learned of the history of French dining, fashion and lifestyle. We had plenty of time to saunter in the beautiful gardens; and were surprised by a group of four vintage car enthusiasts from Oxfordshire who arrived on a visit of their own. 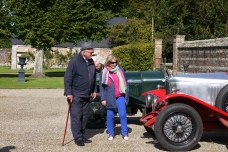 “Which one do you prefer?” 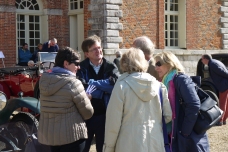 The group discusses the afternoon’s highlights.

Vintage cars arrive and attract the attention of the crowds.

The large lawns are very tempting.

After a brief respite for recovery with our hosts, we dressed to the nines for Saturday evening’s soirée. We met at the Mairie, where the Foxton sign hangs in pride of place.

A delicious buffet of the best French produce accompanied animated conversation between the visitors and the membership of the Montigny twinning association – including those people who were not hosting visitors this time, but who may in future, or who would come to Foxton soon. Interests were shared, emails exchanged and much food and wine consumed. The evening also played host to the official signing of the twinning charter between the two communities. 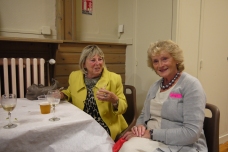 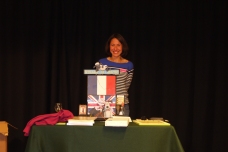 Teacher, Isabelle Retout, received the gift from the Foxton Committee.

New groups of friends were formed. 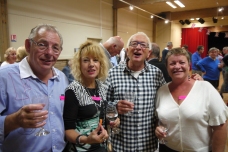 Enjoying a glass of wine. 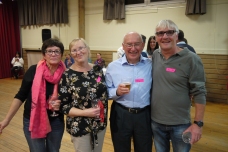 Groups got to know each other.

Sunday was spent with our host families. Some groups got together, but all families chose a special destination for their visitors. We had visits to, amongst others, Étretat, Honfleur, Lyons-la-fôret and St-Valery-en-Caux. Our hosts treated us to delicious lunches and amazing sights. 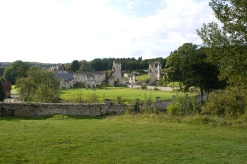 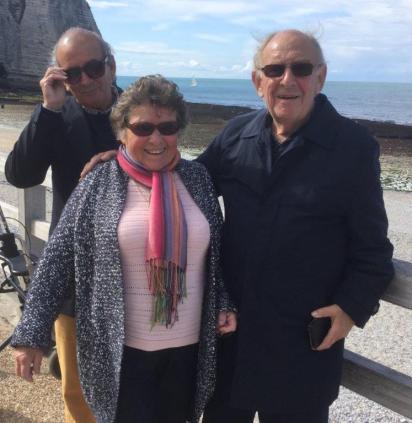 (If you have photographs of your Sunday adventure, please send them to us and we will include some of them on this page.)

Finally, we congregated in Rouen, in front of the cathedral for the son et lumière which was truly spectacular. A brief night-cap in a local bar, completed a perfect visit. 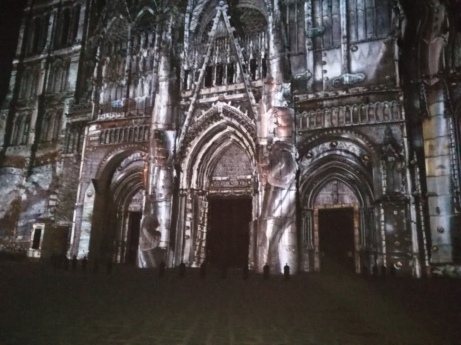 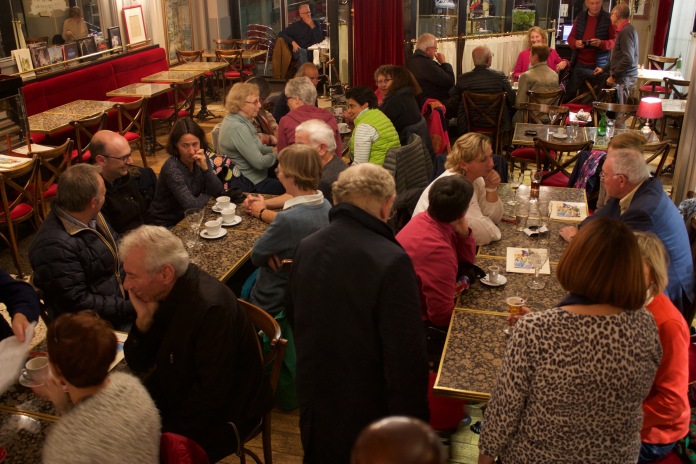 A nightcap a Café Paul after the light show.