On a balmy December Saturday at 5am, three intrepid Foxtonnais embarked on a P & O ferry to Calais, en route for Montigny in France. It was the inaugural fact-finding visit of the Foxton-Montigny twinning association, to meet our counterparts there and see whether this new venture of entente cordiale was a serious proposition. 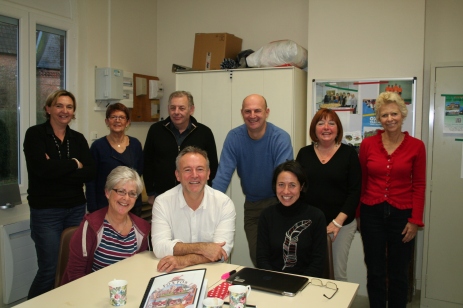 The two committees meet in Montigny

Montigny is a rural village

Villagers from Montigny show the visitors the sights 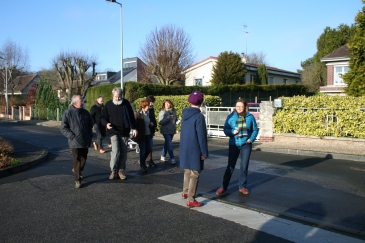 Villagers from Montigny show the visitors the sights

A village view in Montigny

We were given a great welcome by the Montigny twinning committee, and immediately started discussing (in both English and French) and planning the project and all the possibilities for both villages. A folder of photographs and information about Foxton and the local area was presented to the Mongtigny committee and this was well-received. In the evening we met the mayor and the rest of the councillors in the Mairie. 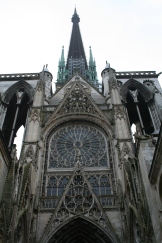 With Montigny being in such close proximity to Rouen, the twinning committee took us on a visit to the city in order to see the main sights. We wandered the medieval streets and enjoyed the magnificent cathedral. On Sunday morning we had a tour of the village, accompanied by around twenty interested residents, before departing for our return journey to Foxton.